CREDITWEST BANK, HAS INCREASED ITS PAID-IN CAPITAL TO 100 MILLION TL

Creditwest Bank has been the leader among the local banks in terms of asset size over the last 4 years and has been in the first place with the ‘Income and Corporation Tax’ it has paid in the same period, which were widely appreciated.

Creditwest Bank, which maintains its steady success, has been independently evaluated by the International Rating Agency (JCR) Eurasia in ‘very high-level investment’ category for the last 5 years and the rating was affirmed as “AA+”.

MAZHER ZAHEER: PAID-IN CAPITAL HAS INCREASED TO 100 MILLION AND THE OWNER’S EQUITY TO 179 MILLION

Creditwest Bank General Manager Mazher Zaheer announced that the banks paid-in capital has been increased by more than 10 times and has reached to 100 million TL, while the owner’s equity has reached to 179 million 327 thousand TL. Mazher Zaheer said that strong capital means more trust and credibility and the bank continues to strengthen its institutional structure day by day and became even more robust. Zaheer added that they are constantly working to develop new strategies with an aim to improve their competitiveness and to be one step ahead in financial terms by increasing their paid-in capital and in terms of production, marketing and profitability.

Creditwest Bank General Manager Mazher Zaheer, said that they make no concessions on transparency towards their stakeholders and all banking activities are regularly audited by independent auditors and evaluated by the international rating agency JCR, and the financial reports are prepared accordance in with international regulations and IFRS (International Financial Reporting Standards) and are publicly announced. 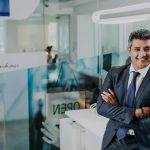 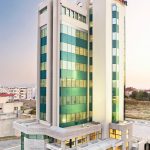