Creditwest Bank, which commenced its banking life in 1993 in Northern Cyprus, celebrated its 25th year of service with a spectacular event with the participation of its 270 employees, customers and sector representatives. The event was held at the Acapulco Hotel and included an Economy Panel with the participation of economy experts from Cyprus and Turkey and concluded with Ziynet Sali Concert.

Following the speeches of Altınbaş Holding and the Bank’s executive management and conclusion of the panel, ‘thank you plaques’ were presented to the former general and deputy managers who have contributed to the development of Creditwest Bank over the past 25 years.

Speaking before the concert of the event, TRNC Prime Minister Ersin Tatar congratulated the Altınbaş family for all their investments in Northern Cyprus and said that all of Altınbaş Holding’s affiliates provided employment opportunities for the youth of the country and regular tax revenue for the economy. He said that the biggest effort of these successful companies belong to the employees and he congratulated Creditwest Bank employees who have embraced his business.

MAZHER ZAHEER: THANKS TO OUR PEOPLE FOR MAKING CREDITWEST BANK THE LARGEST PRIVATE BANK OF NORTHERN CYPRUS

NUSRET ALTINBAŞ: THANKS TO THE CENTRAL BANK FOR REGULATING THE INDUSTRY

Creditwest Bank Chairman Nusret Altınbaş in his speech stated that, as Altınbaş family, they have always believed and trusted in the dynamism of Northern Cyprus and they were very excited when they first entered the banking sector 25 years ago. Nusret Altınbaş, stated that they now see how correct they were in their decision. When they looked back and shared his gratitude with the Central Bank for bringing momentum to the sector with the regulations and practices it has issued as the authority of the sector.

SOFU ALTINBAŞ: WE AIM TO BE IN THE TOP 5 IN EVERY INVESTMENT WE MAKE

Altınbaş Chairman Sofu Altınbaş stated in his speech that they aim to be in the top 5 in every sector they invest in Turkey and Northern Cyprus, and expressed his pride at the point where CreditWest Bank stands now.

VAKKAS ALTINBAŞ: OUR CUSTOMER PORTFOLIO INCLUDES MANY PIONEERING AND LEADING FIRMS FROM THE SECTOR

Alpet Chairman Vakkas Altınbaş in his speech said that the employees had the greatest impact on this success and they are proud of all their employees. Vakkas Altınbaş stated that there are many pioneering and leading firms in Creditwest Bank’s customer portfolio and they also have the most successful employees in the sector.

ALİ ALTINBAŞ: WE INVESTED IN 1994 IN THE CRISIS ENVIRONMENT TRUSTING THE FUTURE OF THE COUNTRY

Honorary President and Member of Altınbaş Holding Ali Altınbaş stated that they invested in the future of the country in 1994 when there was a crisis environment and when they look at the developments in the past 25 years they observed that they continue to grow even in the periods of crisis.  Ali Altınbaş, added that the largest portion of this success belongs to the board and the employees.

The 50 minute economic panel covered issues including the global economic developments around the world, the latest developments in the economy of Turkey, policies to minimize fluctuations in monetary unions such as Cyprus, risks in fragile economies, models for Cyprus to establish a financially self-sufficient structure, interests, inflation and exchange rates. At the end of the speeches, as a common opinion of the panelists, it was stated that justice, freedom and education are the pre-conditions for a strong and sustainable economy.

After the panel, a cocktail and Ziynet Sali Concert was held at the event, which was attended by approximately 800 people, including the protocol, press members, Creditwest Bank customers and employees. 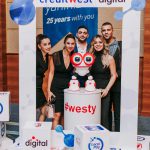 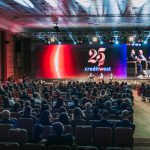 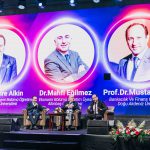 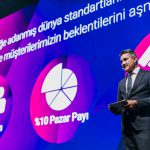 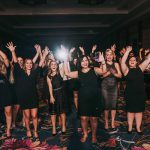 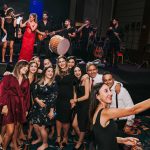 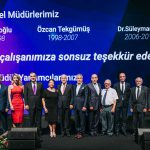