Passing The Torch At Creditwest Bank

MAZHAR ZAHEER IS THE NEW GENERAL MANAGER OF CREDITWEST BANK

Dr.Süleyman Erol, who successfully carried out the General Manager duty for more than 10 years, handed over the mandate to Mazher Zaheer.
According to the statement made by Creditwest Bank, Mazher Zaheer began his banking career in 1997 as a Treasury and Foreign Operations specialist at Creditwest Bank, and since 2008, he has held different roles as Deputy General Manager responsible for Treasury and International Banking , Marketing, IT and Subsidiaries.
Since 2006, Dr.Süleyman Erol has been serving as executive manager at Altınbaş Holding and after 10 years of General Manager of Creditwest Bank, he will continue his career as Altınbaş Holding Finance Group President and will be responsible for all finance investments of the Holding in Ukraine, Turkey and Cyprus.

THE PATH TO GENERAL MANAGER POSITION FROM BANK OFFICIAL
Mazher Zaheer was born in Pakistan in 1975 and after his graduation from the International Business Department of the American University of International Studies in 1996, he completed his master’s degree in the Department of Banking and Finance at Girne American University in 1998. Mazher Zaheer began his career in Creditwest Bank under the umbrella of Altınbaş Holding in 1997 as a Treasury and Foreign Operations specialist and as a result of his success; in 2008 he was appointed as Deputy General Manager of Treasury and Foreign Operations. Mazher Zaheer has more than 15 years of experience in treasury, foreign operations and capital markets and has served as Deputy General Manager in different departments of the bank.
Commenting on the subject, Mazher Zaheer stated that Creditwest Bank is an institution that always invests in its employees and leads them in their career paths. Zaheer also underlined the positive effects of having specialized and educated employees and being an innovative, open-minded and pragmatic bank with the largest capital amongst private banks in Cyprus.
He added that their core energy source consists of the determination and creativity of the employees who work consciously, honestly and patiently while investing in human resources and technologies and who do not give up their ultimate goal of superior quality and are eager to improve.

Expat Banking
As a co-founder of expat banking, he reiterated the clear importance of expat banking for Creditwest Bank with the aim of continuing to welcome more expat clients and further enhance the products on offer. Also, with a growing number of dedicated associates and expat banking branches located throughout Northern Cyprus, Creditwest continues to improve and tailor its services to support the needs of current customers and welcome new clients choosing to base themselves in the TRNC.
Mazher Zaheer also stated that the bank’s experience and knowledge of their customers’ needs and expectations are unrivalled.  This allows them to identify solutions and develop fast, efficient and high quality products and services within a growing distribution network. Creditwest can draw upon new partnership arrangements with other local businesses to provide a more complete and diverse service to its customers. Whilst the bank continues to develop and innovate to sustain profitability in a highly competitive market , ethics, social responsibility and customer satisfaction remains at the very heart of Creditwest Bank’s mission. 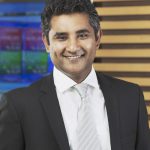